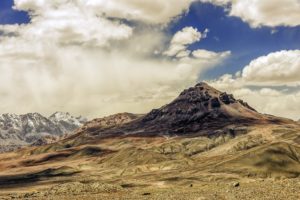 Tajikistan is a country located in Central Asia, west of China, south of Kyrgyzstan. The population of the country in 2018 was 9,111,507. 99% of the population aged over 15 years are literate. Today, Tajikistan has one of the lowest per capita GDPs among the 15 former Soviet republics. Because of a lack of employment opportunities in Tajikistan, more than one million Tajik citizens work abroad – roughly 90% in Russia – supporting families back home through remittances that in 2015 were equivalent to nearly 30% of GDP. The GDP of the country in 2017 was estimated to be around 7.15billion USD.

The project involved assisting FMFB with identifying a solution to allow Tajik migrants to open, manage and access remittance-linked banking services remotely. It aimed to encourage savings and productive use of remittances in Tajikistan in the long-term and increase the amount of international remittances channeled into FMFB savings accounts.

Amarante achieved the objectives by: